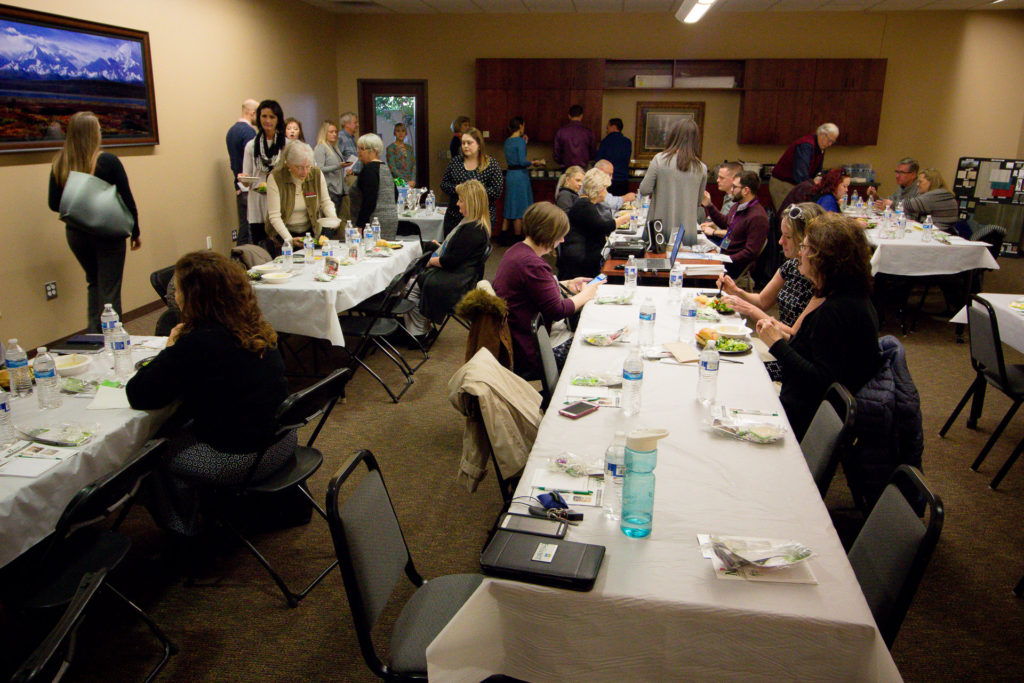 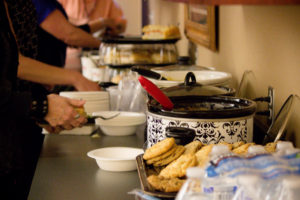 The February luncheon was held at Norco’s Eagle Road facility, and co-sponsored by Ashley Manor and Safety for Seniors. We had a soup and sandwich buffet and warmed up as winter finally decided to arrive in southern Idaho!

After the introduction of a slew of guests, announcements got underway. First things first, co-membership chair Cody Freston reminded everyone that it’s a new year and that dues need to be paid. It’s February, so if you haven’t paid yet you’re now behind! Contact Cody to get those paid ASAP! A roster was also sent around to make sure everyone’s information is up to date, and to make sure the information is correct for all of our 2018 monthly luncheon hosts.

After Cody gently prodded everyone for their dues, Shayne Burr was up to talk about Caregiver of the Year. The committee has officially met, and preparations are under way! This is the biggest event that HAPPEN puts on every year, and the goal is to honor our caregivers… and we always need more help! The committee could always use new organizers, and anyone interested should contact Shayne as soon as possible.

As for the event itself, it will be held on May 24th at the McCleary Auditorium at St. Alphonsus. The silent auction will begin when the doors open at 11:30 a.m., and the program itself starts at noon. Speaking of the silent auction, baskets and donations are now being accepted! All of the proceeds of the baskets go towards scholarships for our finalists. Sponsorships are also now being accepted, as are nominations for the award and applications for scholarships. Sponsorship forms can be found here, nomination forms here, scholarship information here, and general information about the event here!

After our board was done, member announcements got underway. St. Alphonsus announced a health fair coming up in May, and still has tables available for sponsoring. Brandie Kramer has the information for anyone interested.

The planning for the Alzheimer’s Walk is also getting underway, with the planning committee meeting on February 16th. It’s also time to renew membership for the walk! They also reminded us that the advocacy day at the State Capitol is February 22nd from 9:30 a.m. to 5:00 p.m. and that the focus would be on getting better reimbursement from Medicaid.

Rick from Avamere also announced his retirement from Avamere, and JAVA announced a new wings program. The Caregiver Alliance Conference is also scheduled for February 17th, and the student documentary film “The Teal Chair” will be screened afterwards at JUMP. The documentary is a partnership project with Treasure Valley Hospice dealing with end of life issues.

After the announcements, our sponsors took a minute to tell us about their companies. Norco told us that they’re in their 70th year of business, with 80+ stores in the northwest, and will be opening a new facility at Overland and Eagle. Safety for Seniors gave us a rundown of their services providing safety setups for seniors (it’s not just a clever name). Ashley Manor gave us a brief intro from Marcy, who oversees marketing.

Our educational presentation was by Rebecca Sprague, educational specialist for the state of Idaho, who talked about suicide prevention. She covered topics such as suicide statistics, why people attempt suicide, warning signs, risk factors, tipping points, things service providers can do to help, right and wrong ways to communicate with those at risk, listening techniques, how to get help, and belonging. She also made us aware of support groups for those at risk as well as survivors of loved ones who took their own life.

Thanks again to our February host, Norco, and our co-sponsors, Safety for Seniors and Ashley Manor! See you all next next month!